She'd previously survived two bouts with Hodgkin's lymphoma and later beat breast cancer. So, when her yearly CT scan revealed a worrisome nodule on her right lung in January, doctors assumed it was cancer.

"I never thought I'd fight the fourth time," admits the Burleson grandmother, 61. "I'm like, 'No, it's too hard. I can't do the chemo and radiation again. I'm expecting to die.'"

Using the latest in robotic technology, Boudreau's doctors performed a bronchoscopy that confirmed she had lung cancer and then a minimally invasive surgery to remove it at Texas Health Harris Methodist Hospital Fort Worth – all while she was under a single anesthesia this past spring.

Boudreau awoke hours later to find out that while she did have lung cancer, she was now cancer-free. She was discharged the next day.

"You pinch yourself because you can't believe it's true," Boudreau said. "This was all so simple, with no radiation or chemo."

Guided by the physician, the technology uses an ultra-thin catheter to access and biopsy lesions in difficult-to-reach areas of the lung earlier than traditional diagnostic tests allow. The cancerous tissue is then removed using very small incisions and without the trauma of spreading the ribs apart.

"Often, patients can go home the following day," said Richard Vigness, M.D., a thoracic cardiac surgeon. "This has been a major change in the patient experience that is delightful for all of us who have done this for a long time and especially for our patients."

Texas Health Resources is a faith-based, nonprofit health system that cares for more patients in North Texas than any other provider. With a service area that consists of 16 counties and more than 7 million people, the system is committed to providing quality, coordinated care through its Texas Health Physicians Group and 29?hospital locations. The system has more than 4,100 licensed hospital beds, 6,400 physicians with active staff privileges and more than 26,000 employees. 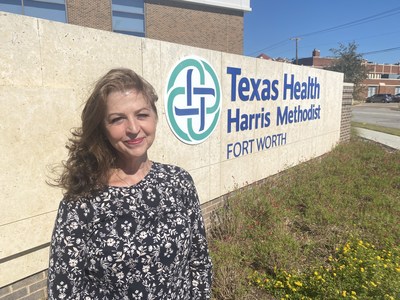