SANTA CLARITA, Calif., Oct. 3, 2022 /PRNewswire/ -- Tombot, the innovative hyperrealistic emotional-support robot that looks, feels and behaves much like a real puppy, announced today a limited-time opportunity for US and international individuals to invest as part of a community raise starting September 28, 2022 on Republic – a platform for investors seeking high growth potential. Scientifically engineered to treat symptoms of mental illness, Tombot has received extensive coverage by media outlets across the globe, including BBC, Wired, The Oprah Magazine, Forbes. Tombot was selected for  TIME Magazine's prestigious list of  "Best Inventions of 2020." Tombot's community has customers and supporters from 86 countries. 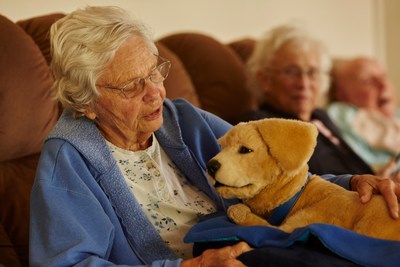 Tombot's mission of creating robotic animals that transform the daily lives of individuals, families, and communities facing mental health adversities is changing the world. Launched in 2017, Tombot aims to be the first robotic animal FDA medical device and safety and health monitoring platform to treat the behavioral, emotional, and psychological symptoms associated with dementia, autism, depression, anxiety, PTSD, and more. Tombot puppies have been pre-ordered for applications in hospitals, residential facilities, and private homes for people who are unable to care for a live animal.

Tombot is providing a rare opportunity for everyday people from around the world to invest in the transformative company for as little as $249. Tombot's market potential for robotic companion animals includes the expansion of the product line to treat up to 1 billion people with serious mental health conditions. Tombot projects shipping more than 200,000 robots by the end of 2026. Their first product is named, "Jennie," a uniquely adorable robot that stimulates emotional attachment.

Transforming the lives of people worldwide who face serious mental health adversities, Tombot is raising capital through Republic to achieve the following:

Co-Founder and CEO Tom Stevens conceived of Tombot when his mother's Alzheimer's dementia progressed to the point where she could no longer safely care for her dog. Stevens came to realize that robotic animals could help millions of individuals, families and caregivers struggling with dementia and other conditions: "Over one billion people face serious mental health adversities. Since many of these people cannot safely or practically care for a live animal companion, they miss out on the mental and physical health benefits of the human-animal bond. I launched Tombot in 2017 to serve these people," said Stevens.

Republic is a global financial technology company that allows anyone to invest in anything, anywhere. Republic operates several distinct business lines including a retail investment platform, a private capital division, and a blockchain advisory practice. The Republic ecosystem has deployed over $1.5 billion in investments, has supported over 600 companies, and comprises a community of over 2.5M users across 100 countries. Republic is backed by dozens of leading investment firms and financial institutions and its affiliated entities have co-invested with the best names in venture and private equity. Founded in 2016, Republic is headquartered in New York City with offices worldwide. For additional information visit https://group.republic.com and follow @joinrepublic on Facebook, Instagram and Twitter. 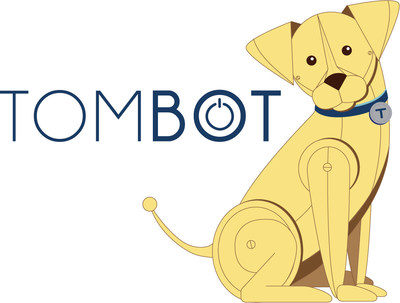